There is some kind of addiction and feeling of excitement which I have observed in the readers of romantic and love story based novels which cannot keep them away from it.

Does your sweetheart have such preferences and hobbies? If yes then I think it is a great idea to give them romantic novels as a gift but if you have no idea as which one to give, here are some of the great novels of all time which no one can dislike.

When you are talking about romantic novels, then you cannot forget of Jane Austen, one of the most widely read English literature writer, her name naturally comes up so his novel, pride and prejudice too. This novel was first published in 1813 and now it has become the one of the most popular English novel, based on which innumerable movies and television shows have been made like, that of 1940, that of 2005 etc. This novel is about the story of a girl Elizabeth Bennet; she is the second of the five daughters that her father is trying to marry of. She is witty and sarcastic in her nature. This story is about learning and developing of manners, so that she will be able to finally overcome the differences between her and her object of affection.

This novel was first published in 1936 and was also adopted in movie that won an Academy award. This story set during American civil war and reconstruction at Georgia and Atlanta. Many readers consider it a historical novel more than romantic but yet it involves the heartbreaking love story of between Rhett and Scarlett.

If you want to read one of the most thrilling stories of romance and adventure then read this book, it goes beyond the traditional love stories that you have heard. This is not a story of love between two humans but of a human and a vampire, Bella and Edward. Read these series of books and know how the two different people, a simple ordinary girl and vampire who drinks human blood, establish deep feelings for each other. This outstanding story is unfolds in series of books written by Stephanie Meyer.

Do you think that you are emotionless? Be prepared to cry, here is one of the most emotion stories ever written. This story is about Noah and Allie, when they first meet, they fall in love with each other as teenagers but then Allie’s parents restricted her to meet him, so they could not contact to each other, Noah sent letters to Allie but her mother kept them away from her. Almost after 15 years later Noah returns, that time Allie was set to marry someone else. Will Noah and Allie eventually be together? Well I am sure you will not be bored in finding this question.

This novel was released in 1847, I am sure that you will not be bored at any moment of this story. This novel is about an orphan, Jane who was raised by his cruel aunt, later she was sent to School whose head teacher also turns out to be an abusive guy, after graduating she works as a teacher for 2 years. After that, in order to get new experience she start working as governess where she meets Mr. Rochester whom she falls in love with and marries. She was happy but then she discovers that Mr. Rochester was already married to some other woman. Jane immediately flees and finds herself with no money and hungry. She is finally joined by 3 siblings and was actually her cousins, one of them confesses his love to her but she denies as she still loves Mr. Rochester and eventually she returns back to him. 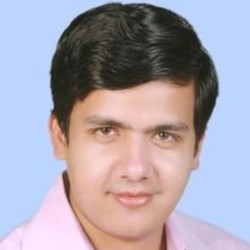 Latest posts by kksonakiya (see all)

What is Annulment – 9 Differences Between Annulment and Divorce?

How to Get Over Someone You Never Dated?

How to Handle Finances in a Relationship?

How to Get Over a Friend – 7 Tips to Handle it Properly & Move On?